Entertainment Agency in Newtownards, County Down

C.T. Entertainment is based in Newtownards Co. Down and is both a supplier and manager of entertainment acts of the highest quality. The company is owned and managed by Cecil Thompson who has worked with some of the best in the busisness including Jim Atkin and X-Factor supremo Louis Walsh. CT has been a driving force in the entertainment business in Ireland for many years, not just as a promoter and manager, but also as an advisor to various venues on how to best to promote their premises through entertainment. Cecil is currently the entertainments advisor to the Hastings Hotel Group and he is highly recommended by all the leading hotels in Northern Ireland. Cecil believes in doing the job right, and that is why, when you book through CT, you get the assurance of knowing that the act you have booked, will be the act that turns up, at the agreed fee, for the agreed duration. Nothing is left to chance.

C.T. Entertainment was first established by CT in the early 70s.

We do not have any reviews about C T Entertainment available right now. 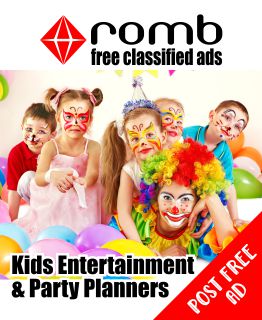