Children's entertainer, Balloon Modeller, Punch & Judy. Ron Popple is Ronnie Crackers, known throughout the Midlands originally as Crackers The Clown, he was voted UK Children's Entertainer of The Year 2002 at a convention of over 3,000 magicians from around the world. As an Associate of The Inner Magic Circle with Silver Star he is recognised by fellow magicians as being amongst the best there is. Ron is based in the West Midlands and travels throughout the UK presenting his various skills. He has also lectured to Magicians from around the world sharing his knowledge and experience on entertaining children. Ron is a full member of Equity and as such caries 5 Million Pounds Public Liability Insurance. Ronnie Crackers is an ideal entertainer for your child's party, whether it is a small gathering at home or a large special party in a hall, even for a factory Christmas Party.

We do not have any reviews about Ronnie Crackers available right now. 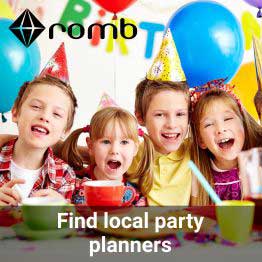